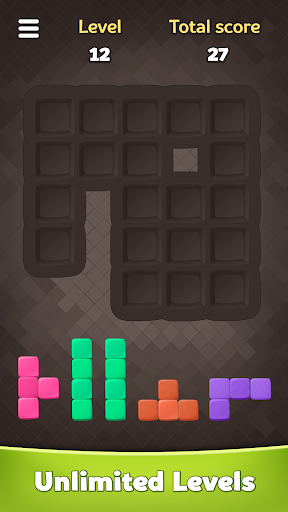 Game RULES
• Drag the puzzle blocks to move them.
• Aim to fit them all into the frame.
• Blocks can’t be rotated.
• Touch puzzle blocks to remove them from the field.
New feature: save progress.